wildlife conservation can be defined as the practice of protecting animal species and their habitats. By conserving wildlife, we're ensuring that future generations can enjoy our natural world and the incredible species that live within it. To help protect wildlife, it's important to understand how species interact within their ecosystems, and how they're affected by environmental and human influences. Due to different factors which include limited financial resources and species conservation status, relationship to gorilla conservation and their habitats, we will primarily focus on Mountain Gorillas, Bees, Birds and Rock hyrax. We hope to expand our activities to other species whenever resources are available.

Human and nature are interdependent. The population growth, Expansion of human settlements and agricultural fields in different countries has resulted in extensive loss of habitats, reduced landscape connectivity, and a significant decline in different animal species relative to their historical range size.

This resource competition has resulted human-wildlife conflicts and putting in danger different animal species up to the level of endangered species including Mountain Gorillas. Since then, Human-wildlife conflict become a threat to biodiversity conservation, and the management of such conflict is a primary goal for species conservation in different Protected Areas across many countries in Africa.

Growing understandings of wildlife behavior, Animal extinction, habitat loss and spatio-temporal forms of human-wildlife conflict and the role of wildlife in tourism have led Gorilla Neighbours to the suggestion, development, and adoption of mountain Gorilla conservation program using different strategies for Promoting Peaceful coexistence between human and wildlife around Protected Areas.

Bees are major pollinators of Angiosperms and therefore their apparent decline is of importance for humans and biodiversity. Bees conservation program purpose is allowing them keep providing their ecological services through pollinating plants and crops. This is important because their disappearance can cause reduction of production of crops depending on them for, increase of poverty among local community which are relying on this production as source of food which may affect current efforts for Gorilla conservation and local community welfare improvement. Additionally, the disappearance of bees can reduce the amount of honey production and increase malnutrition level due to lack of nutrients and medicinal properties from it.

Bird are very important tool for measuring health of environment because are sensitive to habitat change and easy to census. Whether ecosystems are managed for agricultural production, wildlife, water  or tourism, success can be measured by the health and diversity of bird populations. Even if the forest was cut for agricultural and settlement purpose, birds still exist in many places neighbouring Virunga massif. Due to bird-human conflict resulted from crop raiding, birds in villages are exposed to different threats and risks which cause their deaths.

In this program, Bird conservation will be strengthened mainly in areas neighbouring Virunga Massif to ensure their survival because they are important plants pollinators and indicators of environmental changes as well as tourism product.

Hyraxes also called Cape hyrax, rock rabbit, and (in the Bible) coney, are small furry herbivorous mammals in the order Hyracoidea that live in rocky habitats limited to Africa and the Middle East.  Due to the presence of rocks resulted from Volcanic activities in many areas neighbouring Virunga Massif in Rwanda, Uganda and D.R.Congo, Rock hylax are exposed to threats when these rocks ,which are their habitats  , are converted into agricultural land or where rocks  are removed for being used in construction activities.

Hyraxes are considered a close relative of the elephant because of similarities with the primitive Eocene ungulates from which elephants and sea cows are thought to have developed. Some of these similarities include: males testes within the abdomen; female mammary glands between the front legs; and tusks developed from incisors, rather than canines; resemblance in dentition and foot structure.

Thes rock hyrax need to be conserved for maintaining the ecological chain and can be used as used for  research and tourism purpores.

because are single remaining animal species whis is in the family of elephants despite they are different sizes.

Habitat definitionis the place or environment where a plant or animal naturally or normally lives and grows. Habitats are being destroyed due to many factors which are always said to be environmental causes mainly pollution and climate change. A species’ habitat is all places where the species can find shelter, food, protection and mates for reproduction.  In this program, this emphasis on habitat is crucial because without their habitat, animals are dangerously exposed to harm and could die easily.

Community conservation is an approach to natural resource conservation that includes more people. Involving community in conservation activities is very important for biodiversity conservation because local people are the best stewards of their Natural resources.  Their involvement helps to decreasing the costs of living with wildlife, increase the spirit of ownership, reduce harmful activities on the environment as well as Supporting non-wildlife related livelihoods. 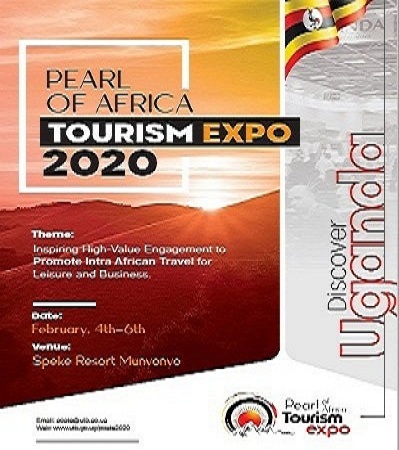